Home | Blog | Plastic Surgery | TOPS ON TOP and BOTTOMS UP

TOPS ON TOP and BOTTOMS UP

The most popular Plastic Surgery procedure of the past year was, by far- Breast Augmentation. According to the figures compiled by the ASPS (American Society of Plastic Surgeons), more than 286,000 breast augmentation surgeries were performed last year.

That’s a very healthy number, but, it was down just slightly (1%) from the year before.  That’s the “Tops” part of the report. The “Bottoms” are another story. 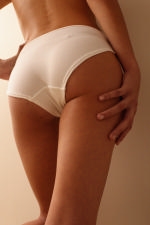 “ALL ABOUT THE BASS”

Well, maybe not all about it, but a lot more than ever before. The new stats show that Buttock Augmentation, through various means, is way up on the list of ‘fastest growing procedures.’ 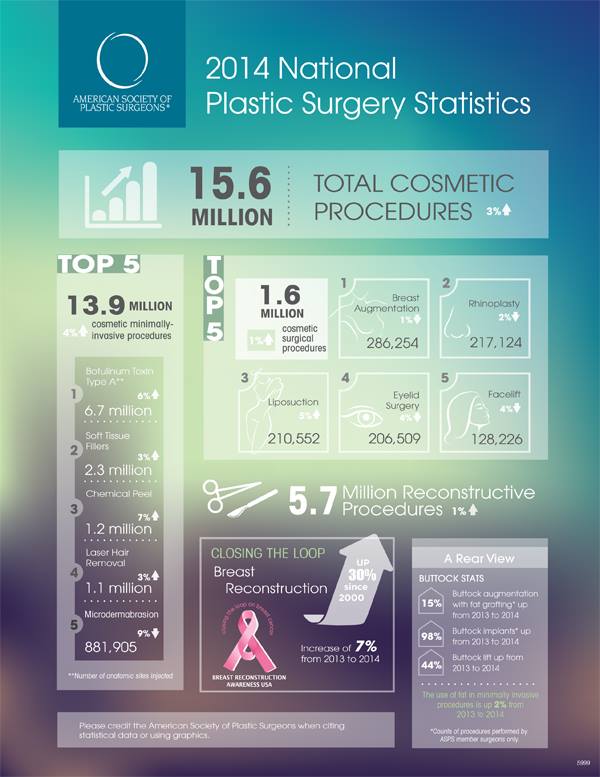 Those increases are truly significant, but, before leaping to conclusions, realize they don’t tell the entire “tale.” (absolutely no pun intended)

The story is in the numbers:

–       Buttock Implants – attention-getting with that 98% increase. But, the number of these procedures nationwide, is just above 1,860.

In all, there were 1.7 million cosmetic surgical procedures performed last year, on both women and men. That total is up, 1% overall.

A Word about Breast Reconstruction:

The various surgical procedures used in Breast Reconstruction, were up 7% last year- 102,200 procedures in all.

What this tells us, is that the word is getting out to patients. There have been increased efforts in recent years, to make women more aware of the surgical options they have, following breast cancer surgery. The objective is to allow all patients to know what is possible with reconstruction, so they may make an informed choice. The efforts are obviously working, and this is good news.

As we know, men now routinely elect to have cosmetic enhancement, both surgical and non-surgical. Many of those thousands of Injectable treatments, Nasal surgery, Liposuction, Facelifts, Fat Transfer, Eyelid and Neck Lifts—are performed on men.