That’s the ‘popular’ name for it. A nose job. – Descriptive, but slightly irreverent. People may prefer other names, like;

–   Rhinoplasty – The technical, medical name for- a nose job. 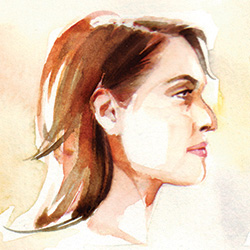 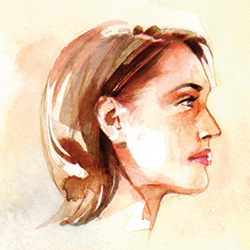 Who thinks up a name like that? Well, before we get carried away, be assured that no one’s trying to create any comedy with the Rhino reference. As with many medical terms, this one has its roots in the ancient Greek language. “Rhino” is derived from a Greek word pertaining to the nose. “Plasty” comes from the Greek word plastikos, indicating “forming or molding.”  Thus, when we put the two together, we have a Greek/English hybrid meaning- Plastic Surgery of the Nose.

Now, let’s look at the details of the surgery, and the possibilities.

Rhinoplasty can often be the single most “face changing,” of all facial surgeries. It can change the emphasis of your appearance, and balance or bring your features into harmony. Many people believe it’s transformative, in altering how they are perceived by the world.

WHAT CAN RHINOPLASTY DO?

WHO IS A GOOD CANDIDATE FOR RHINOPLASTY?

HOW IS IT DONE?

There are several different approaches to Rhinoplasty. You and your doctor will have considerable discussions to determine what the best approach may be for you.

WHAT IS A “NON-SURGICAL RHINOPLASTY”?

If there is a small defect to the nose, or if a patient wants a small enhancement to the nasal bridge or tip, Injectables such as Juvederm or Restylane may be options as well. They are temporary, but relatively long-lasting.

For patients who have problems with their nasal tip drooping when they smile, an injection of Botox into the area between the nostrils, can also provide a temporary “lift” to the tip of the nose. Botox can also eliminate the appearance of so-called “bunny lines” on the sides of the nose.

WHAT SHOULD I KNOW ABOUT RECOVERY FROM RHINOPLASTY?

Potential patients should do some research, and ask questions. I always advise my Palo Alto, Los Gatos, and San Jose Rhinoplasty patients to look at Before & After pictures. Some doctors may also use various imaging techniques, but be aware that these will not give you an exact picture of what your result will be.

No matter which term they choose to describe it, both men and women report enjoying a new sense of self-confidence, as a primary result of Rhinoplasty.