Fat transfer: Where Can My Fat Go? “Natural filler”, “liquid gold”, and “personal recycling” are a few of the phrases you’ll hear used to describe fat, and the practice of fat transfer. Medical people will also use the term fat grafting for the procedure that takes fat from one or more areas of your body where there is excess, and transfers it to another area.

It’s a technique that’s been used for years, so by now, almost everyone is aware of cosmetic and reconstructive procedures that use fat to create new looks, or restore the appearance of depleted or injured areas.  The transfer of fat to the buttocks has gotten most of the attention, with what’s known as the Brazilian Butt Lift, well-documented by celebrities and models to the extent that it’s become a ‘star’ in its own right. We’ll talk about the BBL, as it’s also known. But, let’s also explore the other uses of fat transfer—and where it goes.

Where can my extra fat go?

Your extra fat can go to a pretty wide range of areas that would benefit from a little “plumping.” However, there are limits, and you should listen to your Board-Certified Plastic Surgeon’s advice on what’s best for you. Remember, not all the transferred fat survives. And, in many cases, “a little goes a long way.”

Am I a good candidate for fat transfer?

How does fat transfer work? 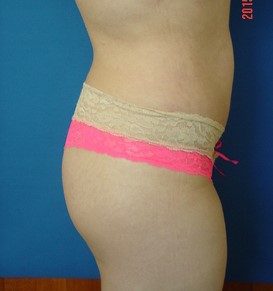 ARE THERE LIMITS TO HOW MUCH FAT CAN BE REMOVED?

Things to know about fat transfer

As we’ve mentioned, fat transfer usually involves what we’ll call “real surgery.” Liposuction associated with fat transfer may be extensive or moderate, combined with the re-injecting or grafting of harvested fat to one or more sites. Again, all post-surgery instructions should be followed carefully.

The “bottom line” on fat transfer, is that it can indeed produce results that are subtle or dramatic, natural, and for a period of time that may be described as very long-lasting, to permanent.

[Board-Certified Plastic Surgeon Vincent Lepore performs Fat Transfer in his San Jose surgery center, along with a wide range of Cosmetic and Reconstructive procedures.  Please call our office for a free Cosmetic Consultation, at (408) 356-4241.]